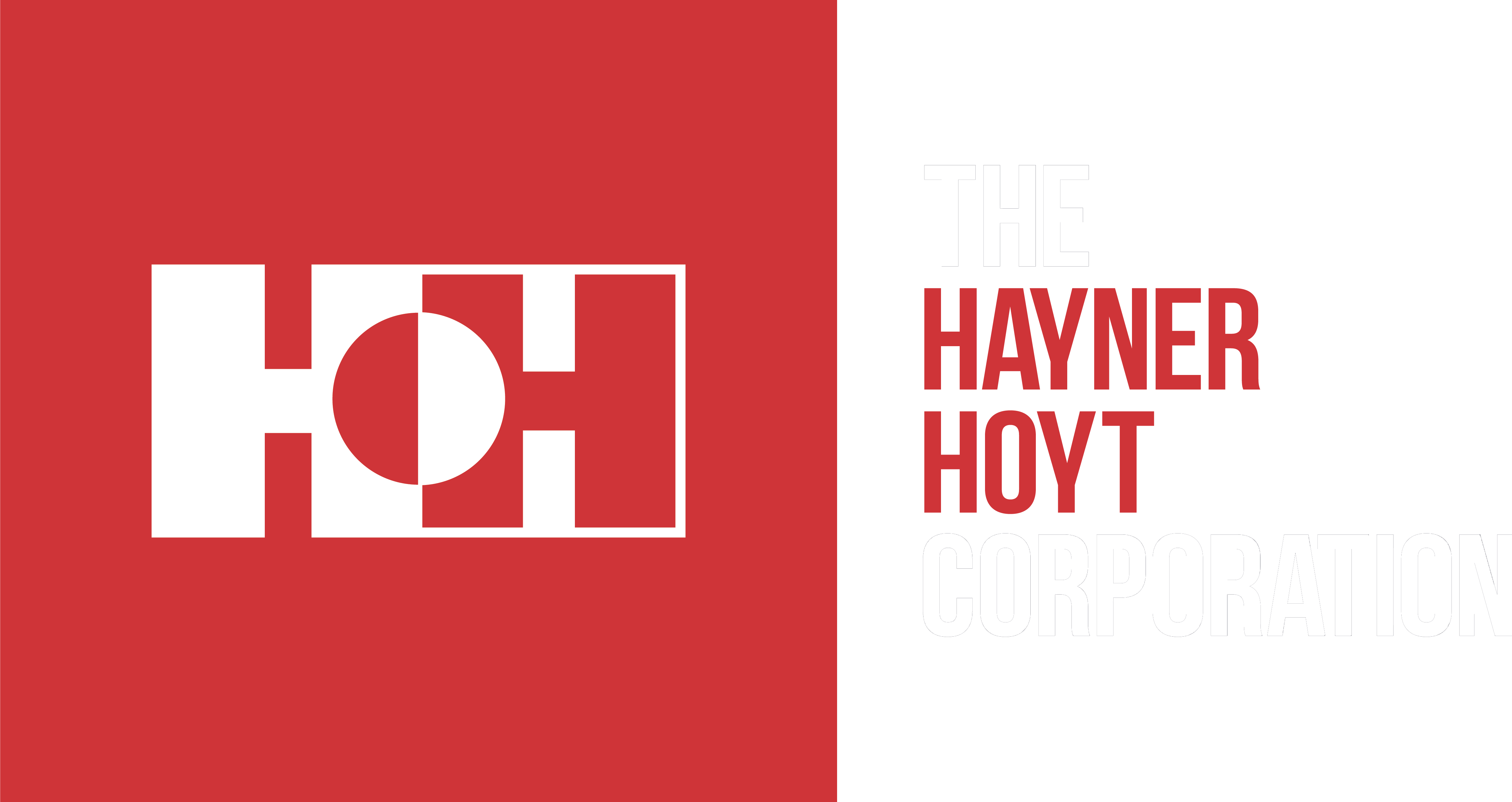 An Update on the Dome Roof Replacement Project at Syracuse University

Over the past few weeks, we have taken delivery of the first major components of the spiral pipe and box girders that will make up the Crown Truss. The large pieces are shipped on specialized trailers from ADF’s fabrication facility in Montreal, Canada. These pieces are offloaded in close proximity to the two large cranes at the west and northeast ends of the building that will be used to erect them. You may know the larger of the two cranes as Walt.

These pieces require significant prep work on the ground, prior to erection. In preparation for the first major lift, Midwest Steel in conjunction with local union iron workers have been working to assemble the components – a 14 foot segment of box girder set up on wooden dunnage which is bolted to its corresponding spiral pipe. Temporary scaffolding is also fixed to the box girder so that crews have access to bolt the box girder in the air once it is set on the existing structure.

Iron workers have also been working on installing components for the backstay system – a series of temporary steel components that extend off of the existing structure and brace the spiral pipes and box girders during erection. This includes large anchor brackets that are installed at or near ground level, large steel beams that are installed at the lower tension ring level, and a system of hydraulic jacks that will be used to manipulate the box girder and spiral pipe to the correct angle once it is erected. A system of steel rods and guy cables will be installed with erection of the crown truss components, completing the connection of the box girder and spiral pipe assembly to the backstay system.

Iron workers have also completed a series of test picks which ensure that the cranes and the rigging are appropriately oriented to perform the complex lifts associated with the erection of the crown truss components in a safe and controlled manner. Specialized spreader bars and rigging sleeves have been produced to attach the components being lifted to the hook on the crane.

Our team along with JK Tobin crews have also begun prepping the south east crane pad, which includes a system of friction piles drilled approximately 30 feet into the ground adjacent to THE BARNES CENTER AT THE ARCH building and a system of steel girders and crane mats below grade that will transfer the surcharge load from the crane below the foundation of Arch to prevent damaging the foundation walls. When the LR-1750 completes erection of pieces in the northeast, it will be disassembled and relocated to the southeast to continue erection in the southeast quadrant of the roof. 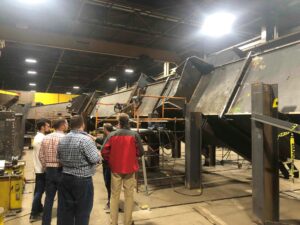 Fabrication is also continuing at ADF’s steel fabrication facility in Montreal. The shop is operating on 3 shifts, 23 hours a day during week days, and 2 shifts on Saturdays to continue feeding the project with steel. The large crown truss box girders are put into a physical trial assembly in the shop, where 4-5 segments of the crown truss are bolted together on the shop floor to ensure that the tight fabrication tolerances are met. It is important to trial fit these in the shop, so that when they arrive on site, the design geometry is preserved and there are no fit up issues to address in the field. We have posted one of our superintendents (Shawn Bryant) in ADF’s shop periodically over the past two months to monitor the shop progress. 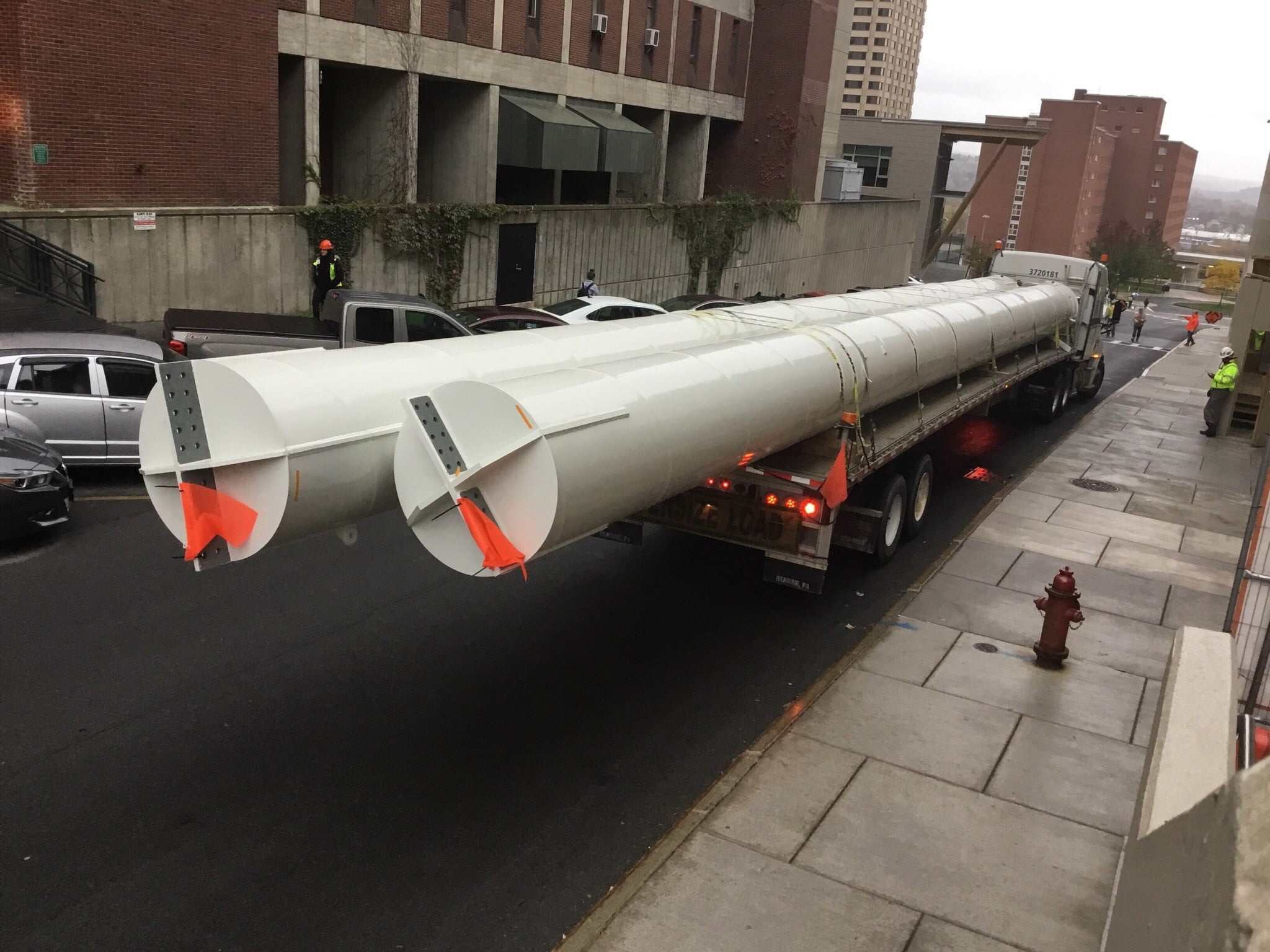 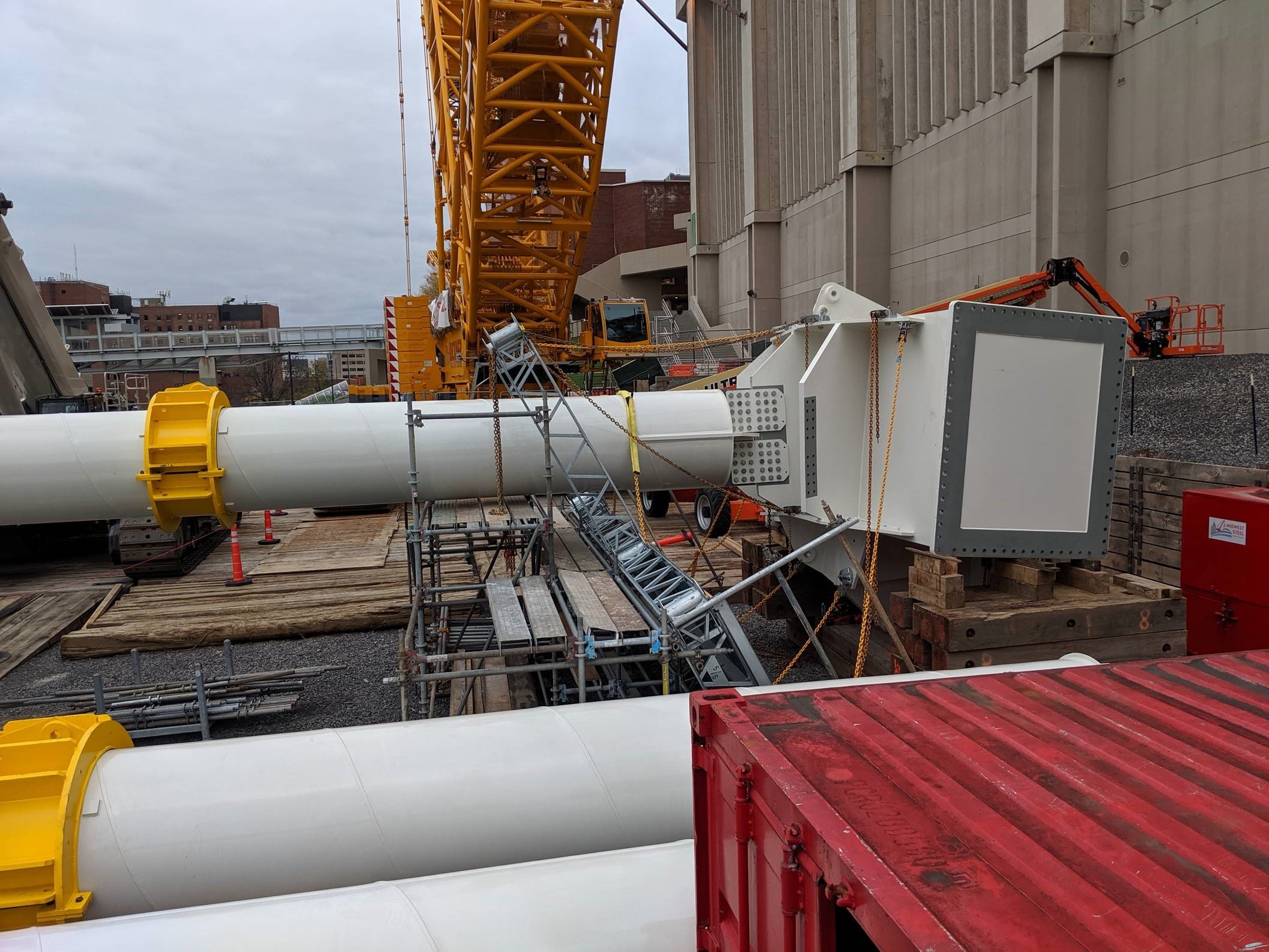 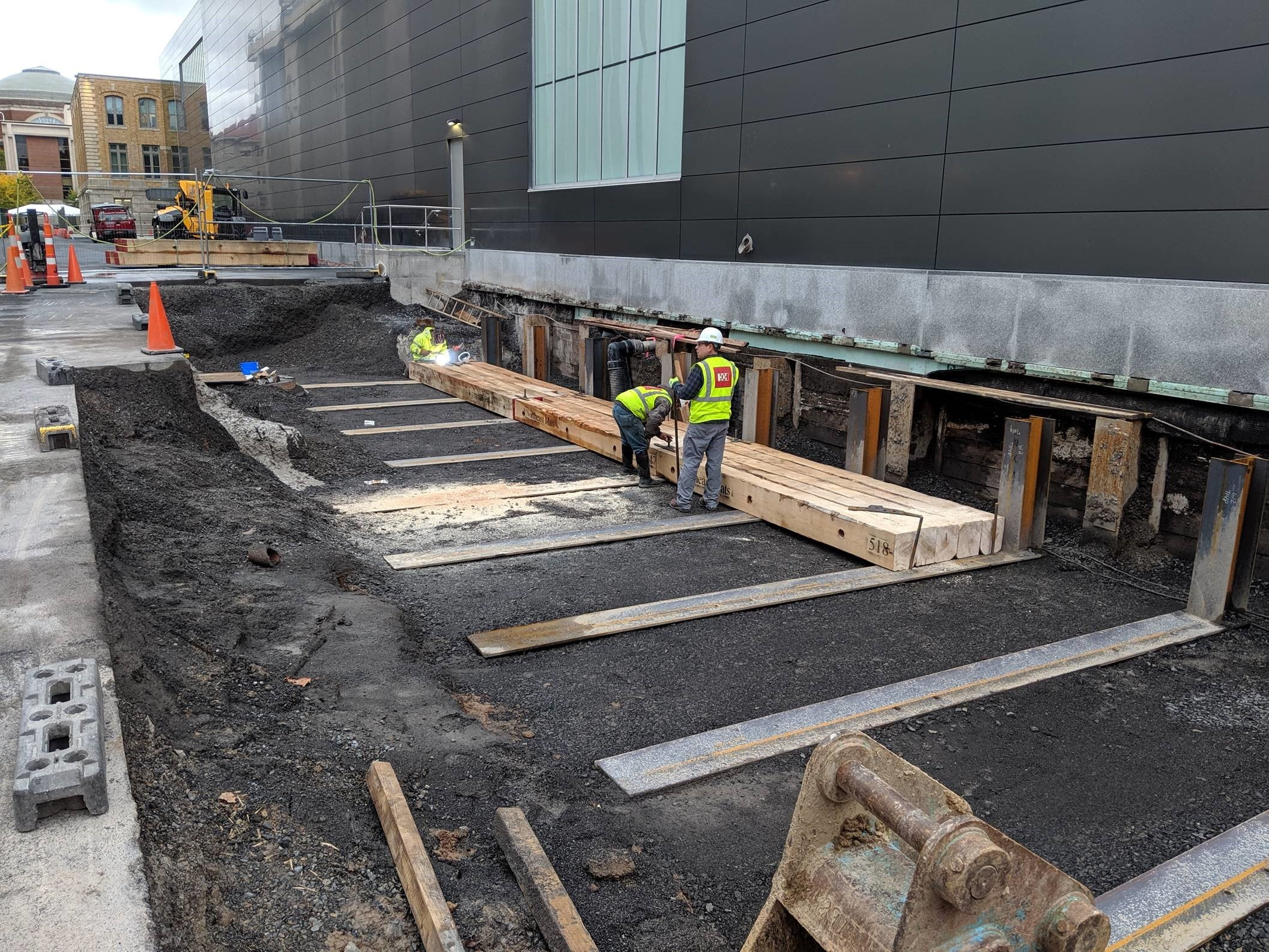